I began my journey with wrist locks many years ago as a result of my training in Aikido, Aikijujutsu, Shaolin Chin Na, Jeet Kune Do and Filipino Kali. Where the functionality of wrist locks really took off and began to make sense for me was when I experienced the progressive training methods of Jeet Kune Do, Kali and Shaolin Chin Na.

While I have great respect for Aikido and Aikijujutsu, I didn't like the training mindset that said ”resistance was forbidden” - that is, until a student reached a certain level in rank. What drew me to Jeet Kune Do, Kali and Shaolin Chin Na was their outlook on training. They had an actual training progression that began with mindsets and techniques and then progressed to higher levels. I found this very attractive because so many of the styles of martial arts I had studied were so locked into “technique” that they couldn’t see past them. It felt like so many styles and instructors were stuck in the second dimension of “technique” that they couldn’t see or understand “training method.”

So, imagine learning 2-3 wrist locks and “training them” for three hours hours. Then, you’re allowed to resist the locks in specific ways and then your training partners are allowed to follow your resistance into another lock. Next, imagine having your training partner put on a set of boxing gloves and you try to wrist lock them while they are actively punching at your face and belly. This was how my wrist locking skill sets were developed over time!

In the Functional Wrist Locking Course, version 1.0, I will share a bit of this training with you. I will show you some of the most common areas in Brazilian Jiu Jitsu where these wrist locks are most prevalent, as well as give you some ideas on how to train them.

One more thing: Whenever I update this course, you'll get them without having to pay anything extra - even more value for you! (NOTE: In the coming months, I plan to show you some footage where I spar using wrist locks. I think you will enjoy it.)

My goals for this course are as follows:

1. Teach you the most important wrist locks to develop for gi oriented Jiu Jitsu, no gi grappling and MMA.

2. Teach you how to train and develop these wrist locks.

3. Help you develop your skill sets with wrist locks so you can become the wrist lock KING or QUEEN of your academy!

Does this sound like a plan? Do you have questions or comments? If so, email me at the address listed below.

I hope to see you on the inside, 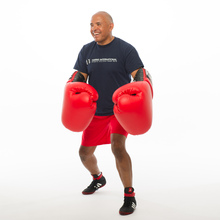 Mr. Roy Harris has been training in twenty-seven (27) styles of martial arts since 1981. He has taught 500+ seminars in 26 countries and on one cruise ship. He has written a book, produced several iOS apps and been featured in several local, national and international magazines.For a more detailed look at his background, go to this URL:http://www.royharris.com/about/
Read Less

Professor Roy Harris takes one the most underutilized techniques in BJJ (in my opinion) and provides everything from techniques to training methods in his ne...

Professor Roy Harris takes one the most underutilized techniques in BJJ (in my opinion) and provides everything from techniques to training methods in his new instructional "Functional Wrist Locks" The core techniques and concepts shared in this course were well explained and can be easily applied to other positions not covered in the videos. Professor Harris does an excellent job teaching you "how to fish" instead of producing an instructional with a collection of techniques. He even goes as far as recommending to cross train outside of BJJ (Shaolin Chin Na) to supplement your skill set. This course isn't only for BJJ players. No gi? No problem. Train MMA? There are things for you too! Bottom line; I watched this course in one sitting. Another fantastic release from Professor Harris, and I'm already anxiously awaiting the release of his next online course.

I found the entire course very informative. I especially liked the discussions on the five mindsets.

I found the entire course very informative. I especially liked the discussions on the five mindsets.